The Hybrid Cloud – Six Reasons Why It Matters To Your Organisation 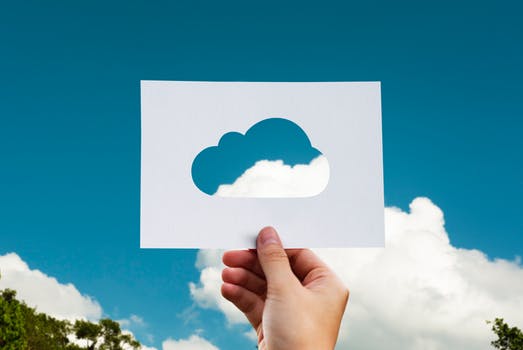 According to projections by Gartner, a continuing migration to cloud delivered IT will account for around $1 trillion in spending between now and the end of the decade.

On the face of it, Gartner’s prediction simply underlines a well-established trend towards cloud IT at the expense of legacy systems. But dig a little deeper and becomes clear that a subtle but significant shift is taking place in the way that companies are formulating IT strategy.  Yes, spending on the cloud is continuing to rise but the headline figures disguise a more complicated reality.  The ‘cloud’ is something of a catch-all term for range of technologies – such as, Software as a Service, Platform as a Service and Infrastructure as a Service. On top of that, cloud services are provided on a public and private basis and increasingly businesses are running cloud technologies on in-house systems.

Step back to look at the bigger picture and you can also see that organisations are not necessarily targeting a future in which legacy systems are simply done away with. Instead, businesses are adopting a much more strategic approach to IT.  What we’re increasingly seeing is the emergence of a hybrid model under which various types of cloud technology sit side by side with legacy hardware and software.

This is not a result of inaction on the part of IT chiefs opting to retain traditional IT systems until such time as budget and new corporate priorities dictate that the old should be replaced by new cloud solutions. In fact, it’s an active choice. IT leaders are looking at organisational requirements holistically and acknowledging that legacy IT,  public and private cloud, co-location and cloud technologies run from in-house servers all have a role to play.  As our new Executive Brief,  The Hybrid IT Journey – Perspectives from the Enterprise explains, hybrid IT has become the norm.

It’s an approach that can be characterised as ‘Hybrid IT’ and within that overall structure we are also seeing – increasingly – a   ‘Hybrid Cloud’.  Or to put it another way, public, private and in-house cloud are being used in parallel. It is vital that organisations understand both the opportunities and challenges. Here are six reasons why the Hybrid Cloud matters to your organisation.

1 –  There’s No Need For an Either/Or Approach

It’s taken less than a decade for organisations to embrace the ‘as-a-service’ model  and for a while it seemed as if the economies of scale – and therefore opportunities to reduce costs – offered by third party providers would ultimately result in the bulk of IT functionality moving to the cloud. It wasn’t just about cost, of course.  Migrating to the cloud, rather than building IT functionality in-house, has also enabled organisations to be more agile.

But there has also been acknowledgement that a great many so-called legacy systems are absolutely fit for purpose and many organisations will see no reason for an immediate migration to the cloud. Meanwhile, organisations that prefer to keep key functionality within their own four walls have the option of running cloud technologies from in-house servers. Meanwhile co-location data centres continue to play a valuable role in enabling organisations to securely scale up their IT operations.

Thus, IT leaders are no longer taking an ‘either/or’ approach. Instead there is an acknowledgement that each of the available options have their own role to play. As a result, organisations are adopting a hybrid approach.

A hybrid approach often makes sound financial sense.  According to research carried by 451 Research in conjunction with Dimension Data, organisations are expecting to run around 68% of applications on in-house or on third-party cloud systems within the next two years, up three per cent from current estimates. The use of legacy systems will fall accordingly to around 32%.  And although that represents a decline, it’s still a significant number.  These are often systems that have been bought and paid for and continue to do a good job. Thus there may be no compelling case to switch to a cloud alternative.

So one driver of Hybrid IT is the desirability of striking a cost-effective balance between cloud and in-house IT.

Infrastructure as a Service (IaaS), Platform as a Service (PaaS) and Software as a Service (SaaS) clearly  provide opportunities to not only reduce costs but also create more agile and flexible organisations. A hybrid approach allows organisations to retain legacy systems in cases where they represent the best solution. Smart companies can use cloud technology to drive digital transformation, without necessarily having to rethink the totality of the IT function.

4  A Flexible Approach to Security and Compliance

Managers weighing up the pros and cons of the cloud have traditionally expressed concerns about security and, in the past, there was a natural reluctance to outsource business-critical systems – or those involving the transfer and processing of sensitive data – to third party providers.

These days, the security protections offered by the major providers are increasingly seen as an enabler rather than an inhibitor but across-the board-adoption of cloud services continues to pose challenges in terms of compliance in an increasingly tightly-regulated digital space.

For instance, as the EU General Data Protection Regulation comes into force, the issue of data sovereignty will become much more pressing.  All organisations must be fully aware of where data is stored, processed and who owns it. Equally important, an organisation using third party services must assure itself that all its suppliers are fully compliant with local and international regulations.

The Hybrid cloud approach may allow managers to ensure that any information subject to tight regulations on use and reuse is processed in-house or by third parties who are are demonstrably compliant.

Any organisation adopting a hybrid cloud model must create an effective framework of data governance. One of the key insights contained in a recent Dimension Data survey was that while the cloud is about speed and flexibility. However,  the starting point for any wide-ranging strategy should be from a governance, risk and compliance perspective. It is particularly important to ensure that IT and non-IT teams are working together to create a properly managed environment. There is an opportunity here to review and improve governance practices.

6  The Hybrid Cloud is Driving Interoperability

One by-product of Hybrid IT is an increasing awareness of the importance of interoperability.  From one perspective this is a definite technical challenge. For instance, as organisations migrate functions to the cloud, certain applications will inevitably have to be re-purposed. What’s more, those applications may well have originally been developed by different  teams using, say, Linux or Microsoft respectively.  In a hybrid environment, there will be a need for more co-operation between teams. This can be seen as both a challenge and opportunity to foster a move out of corporate IT silos.

The growing importance of the hybrid cloud model poses opportunities and challenges. The key to a successful hybrid strategy is a willingness to look at IT and the round and a commitment to robust governance.

Find out more by downloading: The Hybrid IT Journey – Perspectives from the Enterprise